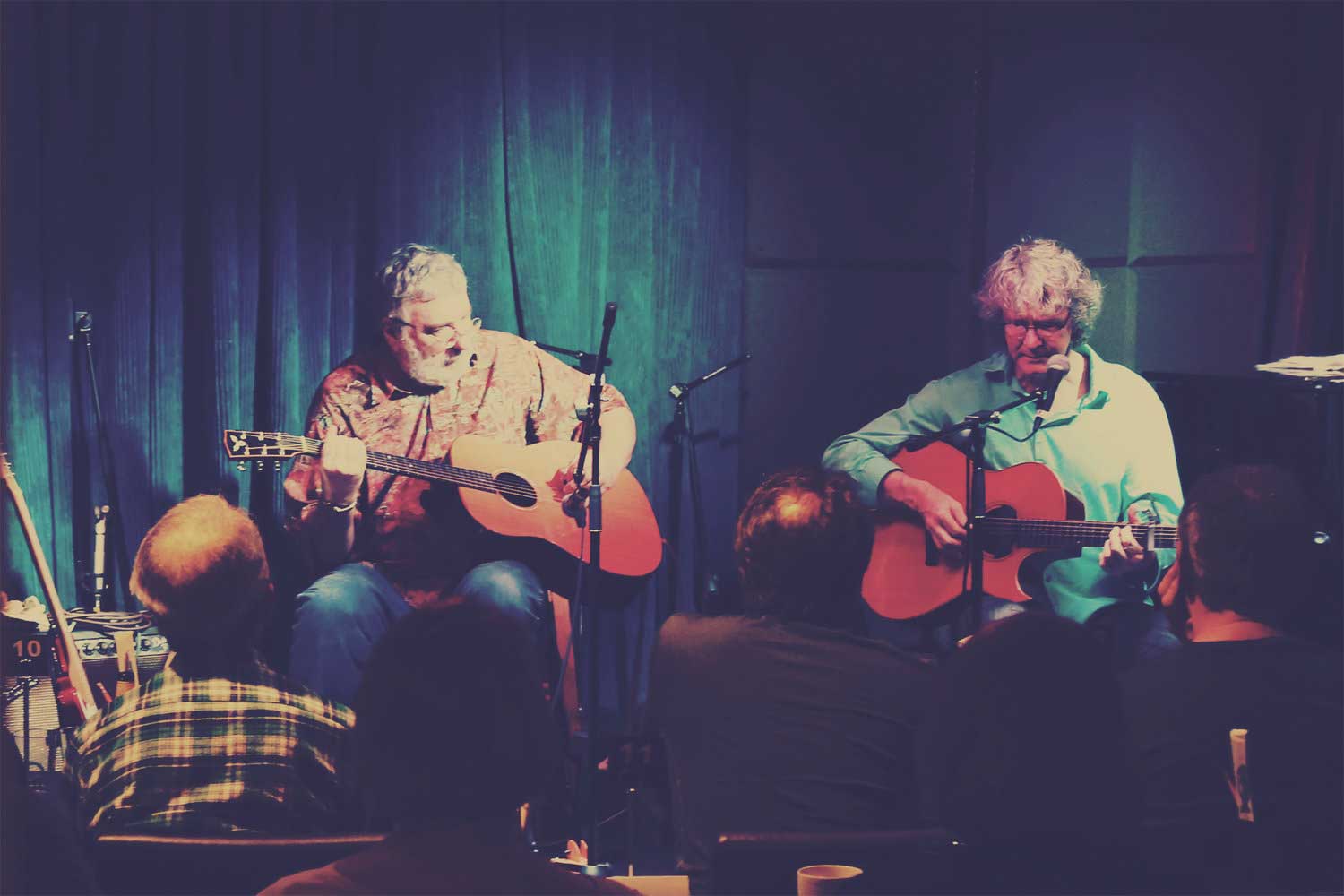 A guitar duo of right-side up finger picking (Stevie Coyle) and upside down flat picking (Glenn Houston). The Quitters deliver a performance spiced with humor and serendipity.

To quote the Strawberry Music Festival:
“Stevie Coyle and Glenn Houston make up the dynamic guitar duo, The Quitters. Having each quit some of the best bands in the business, both are late founding members of The Waybacks and each have performed at Strawberry in other configurations. Stevie Coyle has a long and illustrious career as an entertainer that began well before birth and Glenn Houston’s well decorated history in music is best known to berry heads for his founding role of powerhouse Americana quintet, Houston Jones. As individuals, both are renowned players in music circles. Now they have joined forces, to the delight of California audiences, to become a right-handed, right-side up fingerpicking and left-handed upside down flatpicking twosome. Mostly acoustic. Some electric. Much serendipity.”